BOOK REVIEW for Sleeping with a Psychopath 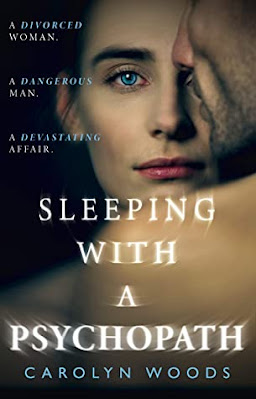 Wow, so many different emotions triggered me while reading this book.

First, I want to say that the paste and writing style are A+.  The author manages to write a story that basically captures you from the first page and then doesn't let go, even when Woods uses the "third wall" by giving us her view on psychopaths, while still telling the story.

I would like to believe that I would never be taken in by these conmen, especially considering how much lying Mark did, creating more and more elaborate stories, but I cannot say with 100% truth that I would not have fallen for it too.  Its important to remember that Woods basically outlined all of his lies in one book - Woods did not have the benefit of seeing his lies on paper one after another and basically saw these over a period of 18 months, not 18 hours.

Having said all of this, though, I can honestly admit that I did not like either Mark nor Carolyn.

Mark should remain in jail for the next few decades - he was horrible and we all know that once a conman, always a conman, which means he probably will always be stealing from people.

But Carolyn Woods is not so likeable either.  She comes across as extremely snobbish.  Its a bit hard to pinpoint what bothered me about her, but I knew I was not going to like her when she really got into the part of her story where she is "broke".  Somehow, the concept of getting a job to "unbreak" herself was not even considered.

She also turned people off of her......her best friend and husband,  her sister in law, her brother  what do these people have in common?  maybe she was the problem?

Woods never deserved what she got and for this, I feel so badly.  In my opinion, many women (myself included) get "stupid" when it comes to the men we are dating, instead of listening to that interior voice that is screaming at you to "run!).